Tony Parker: I want to play 20 seasons with the Spurs 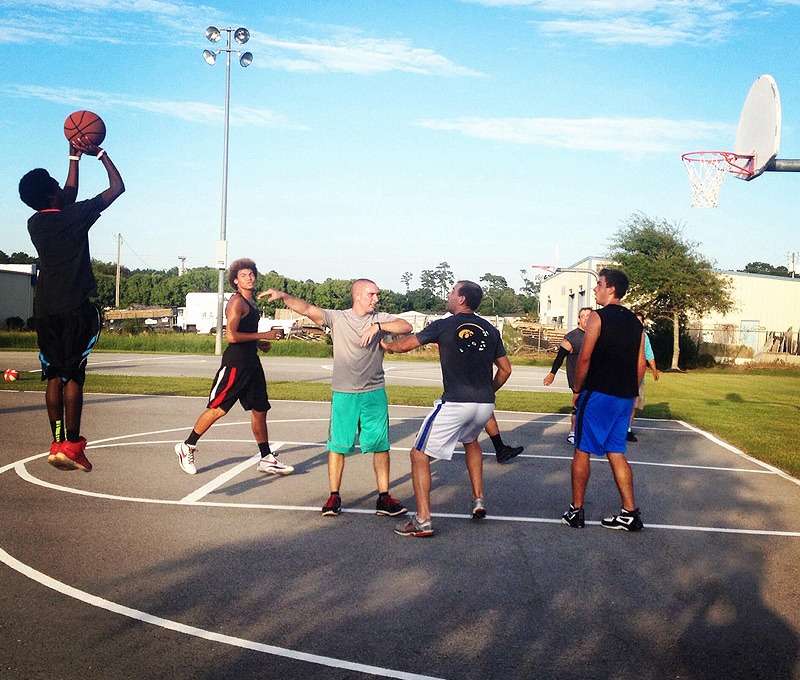 «The Spurs know I want to play until I’m 38,» Parker told Yahoo Sports in a recent phone interview. «That will be 20 seasons for me. That’s my goal. This year is No. 15. And if I’m lucky enough and I’m healthy, hopefully I can play 20 seasons and then I’ll be ready to retire.»

Parker, 33, made $12.5 million in the final year of his last contract last season. This season will be the first year of the 14-year NBA veteran’s new contract paying him a total of $43.3 million over the next three seasons. Parker said he has told Spurs coach Gregg Popovich and general manager R.C. Buford he wants a career-ending three-year contract in San Antonio after his new deal expires.

The big question is whether Parker will be healthy enough to play that long. He was hampered, most notably, by a left hamstring strain last season. He averaged 14.4 points and 4.9 assists, his lowest production in each category since he was a 19-year-old rookie. He played in 68 regular-season games last season and fewer than 70 in each of the past three seasons.

«Last year was the first year in my whole career where I had a lot of nagging injuries,» Parker said. «When I compare to all the other guys when you look at D-Rose [Derrick Rose], [Paul] George and Wesley Matthews, I feel very lucky and blessed that I have been able with my little body to play all those years.»

Parker also shot just 34.3 percent while playing in Eurobasket 2015 for his native France this summer. He said he felt «great physically» and his lackluster performance was because of rust, not recent injuries. Parker has told Popovich and Buford he will play his final season internationally for France next summer in its attempt to qualify for the 2016 Rio Olympics.

To better prepare his body and mind for the long NBA season, Parker said he sought advice from Nash on his old pregame and practice routines. Nash, now a consultant with the Golden State Warriors, played 19 NBA seasons and retired on March 21 at the age of 41. The two-time NBA MVP’s last three seasons were slowed by injury as he played in only 65 total games, including none last season after succumbing to a nerve issue.

He carried the load for their

«I just wanted to see what he was doing and what could be helpful,» Parker said. «Everybody is different and does different stuff that works for them. But because he was a point guard like me with a great example of longevity who was still great at 38, an All-Star at 38, what did he do to make sure his body was ready?

«The main thing I learned is to do the routine every day. When you’re young you want to go out and play right away. But it doesn’t happen like that for me anymore. You have to make sure that you do all the exercises even when you feel good.»

This year is a great opportunity to…

Parker, along with Duncan, Manu Ginobili and Boris Diaw and Popovich, didn’t make the trip to the Spurs’ preseason opener on Wednesday night in Sacramento to get rest. With the additions of All-Star forward LaMarcus Aldridge and veteran forward David West, the already formidable Spurs appear even tougher.

Duncan, 39, and Ginobili, 38, are expected to retire several seasons before Parker. Without them, Parker still expects the Spurs to have a talented roster with Aldridge, Danny Green and Kawhi Leonard by his side.

«It’s very rare for any player in any sport – soccer, football, baseball – to play their whole career with the same team,» Parker said. «So it would definitely mean a lot to me to do like [former Spurs Hall of Fame center] David Robinson and Timmy and Manu. It would be great to be a part of the history of being with the same team.

«My time will come soon. But I definitely want to enjoy my last years in the NBA.»

Even as it was, I thought something of slipping out of the window, but it was the second floor back. I am no coward, but what to make of this head-peddling purple rascal altogether passed my comprehension. Ignorance is the parent of fear, and being completely nonplussed and confounded about the stranger, I confess I was now as much afraid of him as if it was the devil himself who had thus broken into my room at the dead of night. In fact, I was so afraid of him that I was not game enough just then to address him, and demand a satisfactory answer concerning what seemed inexplicable in him.

Meanwhile, he continued the business of undressing, and at last showed his chest and arms. As I live, these covered parts of him were checkered with the same squares as his face; his back, too, was all over the same dark squares; he seemed to have been in a Thirty Years’ War, and just escaped from it with a sticking-plaster shirt. Still more, his very legs were marked, as if a parcel of dark green frogs were running up the trunks of young palms. It was now quite plain that he must be some abominable savage or other shipped aboard of a whaleman in the South Seas, and so landed in this Christian country. I quaked to think of it. A peddler of heads too—perhaps the heads of his own brothers. He might take a fancy to mine—heavens! look at that tomahawk!

What Liverpool can expect from Jurgen Klopp, the new King of the Kop